I meant to write this post just after my birthday, (in March!!) but never got around to it.  My oldest son baked me a cake!  Not just any cake, but an honest to goodness scratch cake!  I was thrilled, and so proud of him.  I’m not sure what recipe he used for the cake itself,  just a simple white cake that he then filled with real whipped cream and loads of fresh strawberries.  The crowning glory was the topping.  Marshmallow fondant.  I had never heard of it before.  Again, I’m not sure of the recipe he used, but it was pretty much the same as this one.  He said it was really very easy to make, and tasted delicious.  It was also much easier to work with than regular fondant. Enough talk, on to the pictures! 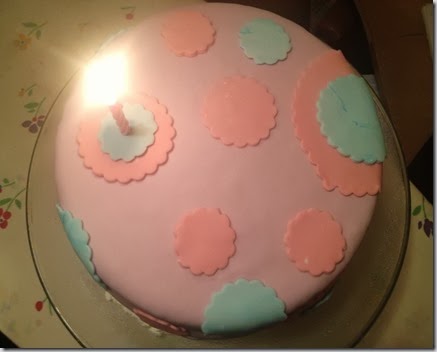 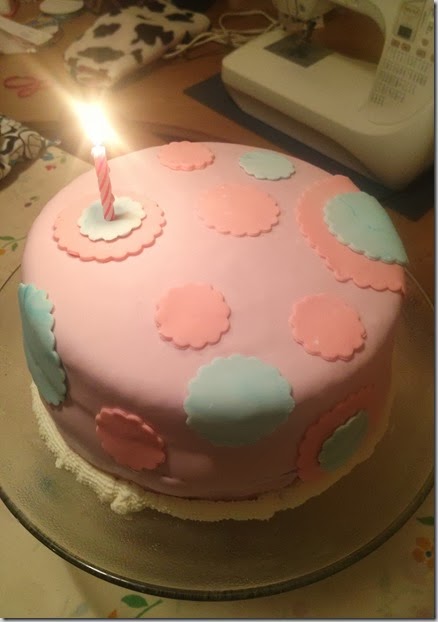 I was in my sewing room when he gave it to me. 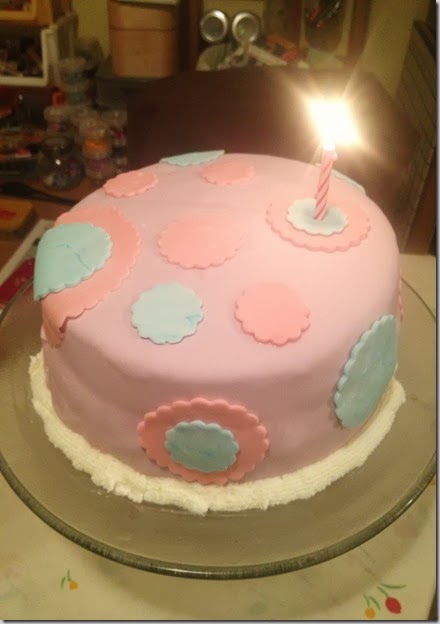 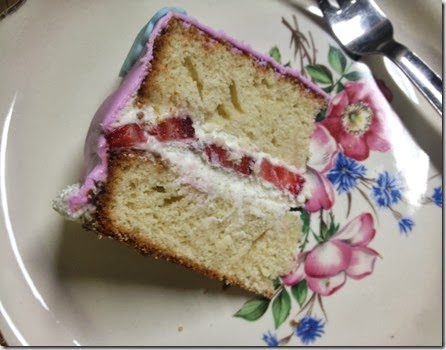 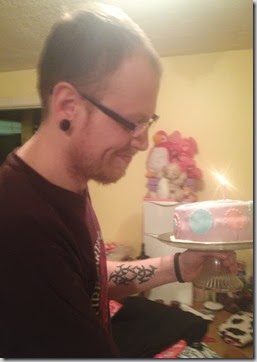 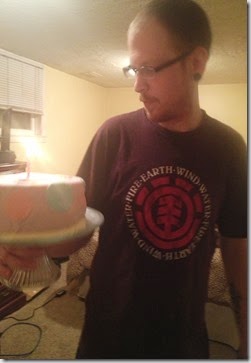 I tried to get a picture of him smiling into the camera, but it just wasn’t going to happen. He is just too shy.

Didn’t he do a fabulous job? You would never guess it was the first one he had ever made.  He had so much fun doing it that he has made a few more for other occasions.  He also loves to cook, and often makes dinner for the family.  Isn’t he wonderful? Thanks again Adam, I love you!