Another stinkin' hot day in Southern Ontario! Who would have thought? The temperature itself isn't that high, but the humidity is a killer. It started out cooler this morning, so I hoped we'd have a bit of a respite from the heat. But, no luck. And in my infinite wisdom, this afternoon, I decided to bake a cake. The sky was overcast, and there was a breeze, so I thought to myself, it won't be too hot to bake! Ha! As soon as I started mixing, the blistering sun came out. Naturally. Foiled again. But I plowed ahead anyway, and by the time I was ready to put my cake in the oven, it was hot enough in my kitchen to cook it on the counter. ( I put it in the oven anyway, since it was already on, lol) It is baking now, and the delicious smells wafting from my kitchen make a little (little?) suffering worthwhile. I will be doing a post with the recipe later today or tomorrow, depending on how it turns out!
Now, on to the main attraction of my post. A few weeks ago, my good friend Connie, gave me several pieces of fabric. Amongst them was the remains of a vintage sheet. Part of the sheet had already been cut into strange (she got it that way) large 'pocket' shapes. I have no idea what the original owner was doing with them, but I knew I could come up with something. I also had a white, eyelet trimmed pillowcase in my stash, just begging to be used. After a few days of brainstorming, I came up with this. I call it 'The Petal Skirt'. 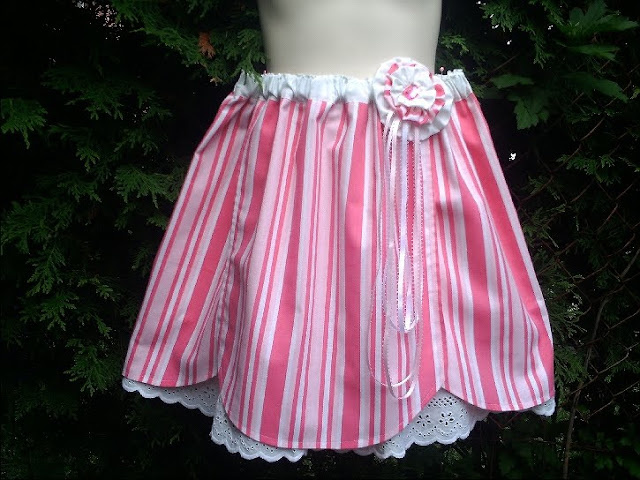 Unfortunately, neither my camera, nor my picture taking skills have improved, so we're stuck with another blurry picture! I thought the skirt turned out fairly well. I added the yo-yo flowers and ribbons as an afterthought, because the skirt was kind of boring without. I know you can't really see it, but the center of the flower is actually a shiny bead, the same dark pink as the stripe. It twinkles in the light, which I thought little girls would appreciate!
Here are a couple pictures of the back. 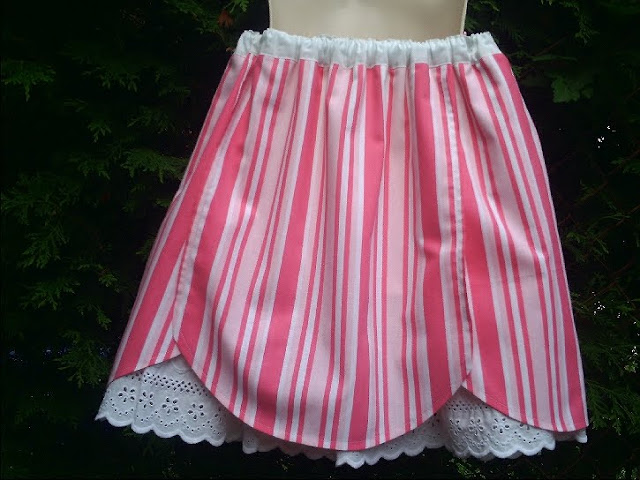 Here you can see the pillowcase 'slip' under the petals. 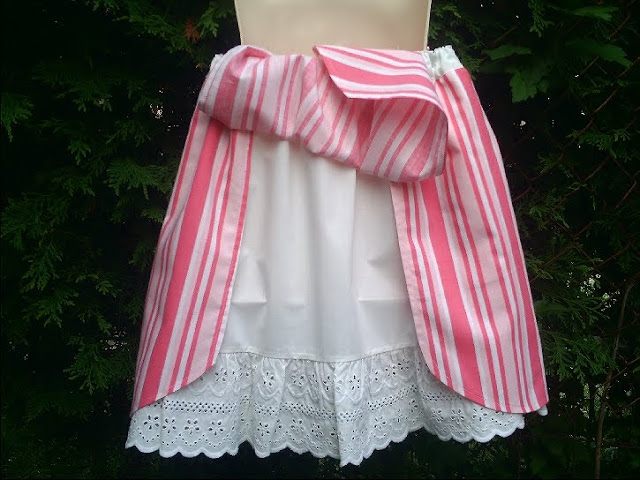 This skirt was so easy to do, I'm sure I'll be making more. This one is a size seven, and will be posted in my etsy shop soon!
My newest sewing projects are matching outfits for twins! My friend Connie's daughter is expecting a boy and a girl in mid-October. D already has a three year old daughter, so she will be incredibly busy! But I know that Connie, being the fantastic Mom and Grandmother she is, will be there to help as much as possible. I will post the outfits later in the week, possibly on Sunday, the day after the shower.
Have a great evening everyone! I'll be back tomorrow with the recipe for Peanut Butter Crumb Pie! 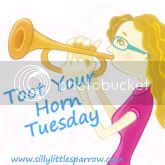